Jake and Lyndsay’s Canadian SUP tour continues with day 3 as they paddle another glacier lake after an amazing sightseeing ride in a helicopter:

Today we fit too much excitement in to a single day.  We woke at 6:30 am and after getting the maximum amount of sleep possible camping (none) we drank our shitty campfire coffee and packed up to head out.  Where were we off to this morning, you ask?  Oh nowhere special, just a helicopter tour over the Rocky Mountains.  You know, your typical Wednesday morning.  We left the campground by 7:30 am since we were advised to get to the helicopter pad at least 30 minutes before our 9am flight and it took (from what we could tell) around 45 minutes to get there.  It was raining this morning which was a huge bummer, and I was convinced we were going to have to reschedule.  It didn’t help that it seemed to rain harder the closer we got to the helicopter pad.  But then, mysteriously, the weather shifted and the sun broke through the clouds.  Booya! We had a chance!  About 15 minutes later we arrived at our destination around 8:30 am and were pumped to find out we would still be flying. 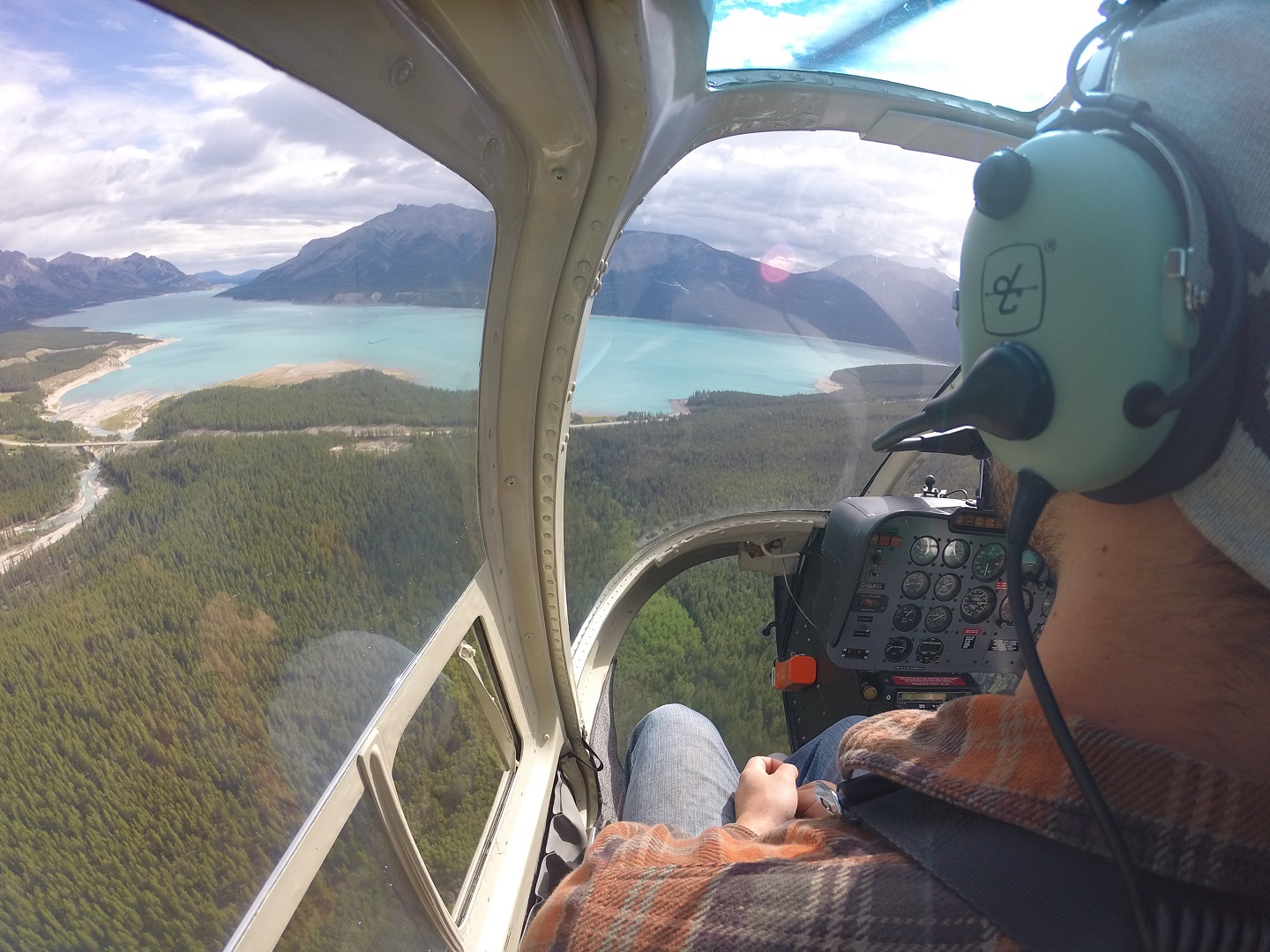 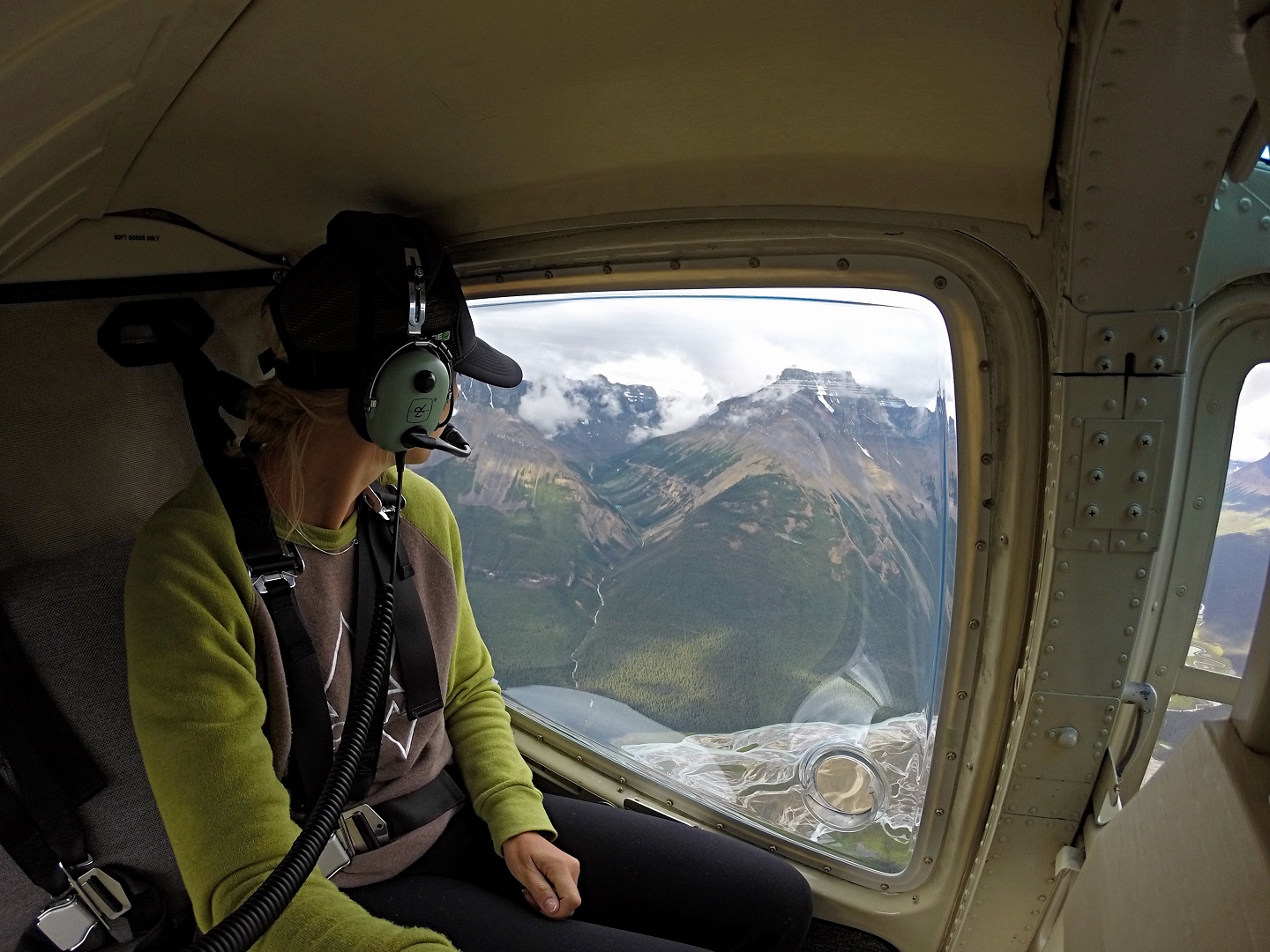 (Side note: It was not actually 8:30 am and was in fact 9:30 am, which made us more than 30 minutes late (damn you, Mountain Time zone!).  We did not realize this until many hours later and felt shitty that we showed up late and didn’t even acknowledge it – we are considering calling tomorrow to apologize.) 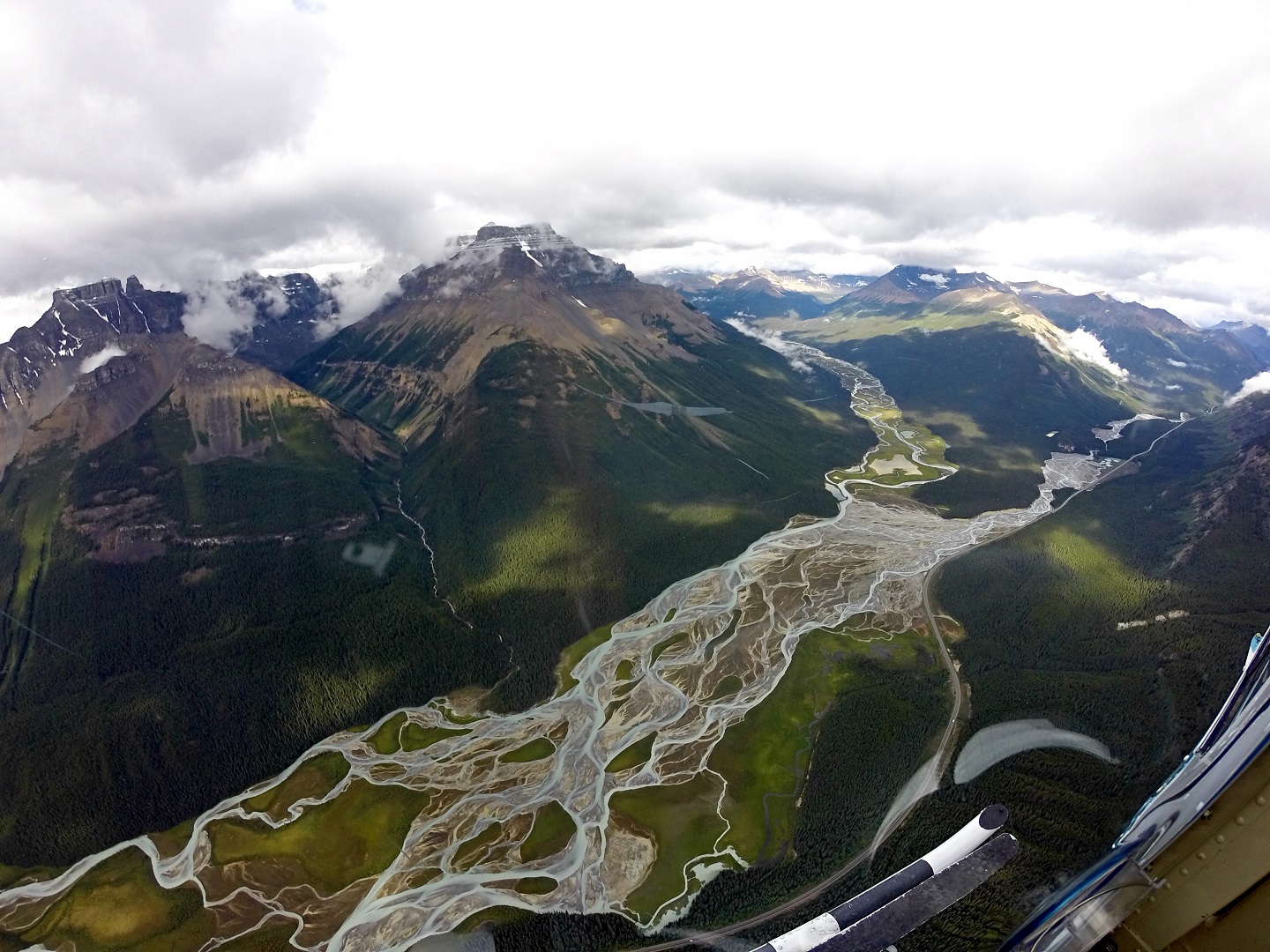 As you can clearly see in the pictures, the ride was amazing.  We flew up around 10,000 ft, which put us in the same vicinity as many of the peaks we were gushing over.  We saw waterfalls, hidden lakes, the amazing Saskatchewan River, etc.  This was my first time in a helicopter so that just made it extra special.  To anyone looking to see the Canadian Rockies this is definitely the way to do it.  It was worth every penny and will take you days to get over the experience. 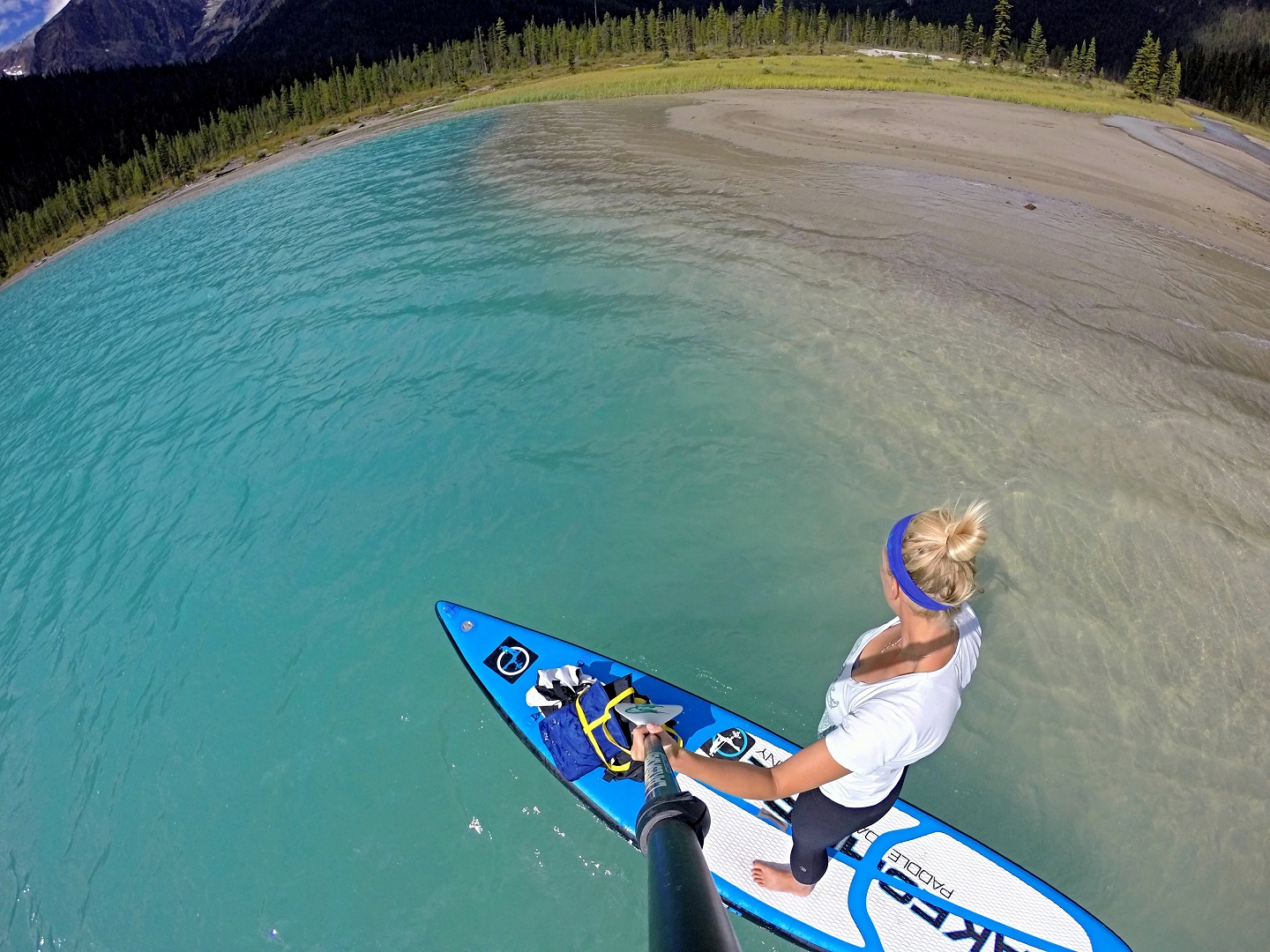 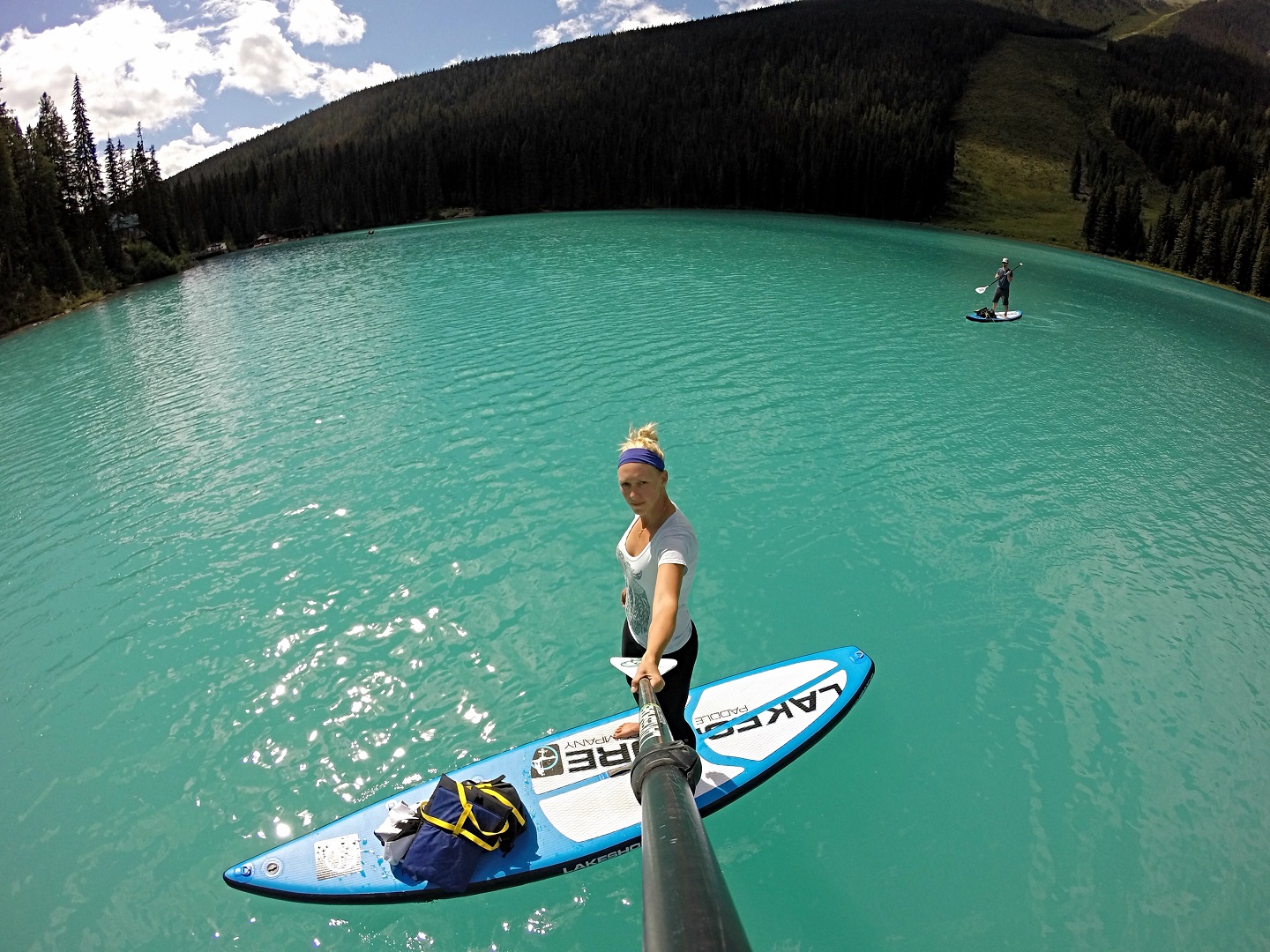 After we came back to earth we headed south to our next paddling adventure: Emerald Lake, BC.  It seems wrong to say, but this lake made our first glacier lake seem silly.  Emerald Lake is one of the famous ones in the area, and for good reason.  The backdrop consists of several glacier mountains, and the water is so impossibly emerald green that you have to remind yourself it is real.  As a bonus, we are staying at The Emerald Lake Lodge tonight (Woohoo!) meaning we avoid annoying day parking and get all of our stuff (two backpacking packs, two paddleboards, two suitcases, lots of munchies) shuttled to the lodge.  The popular lakes in this area are so riddled with tourists that you really need to get to the lake before 9 am (or come later; after 8 pm). 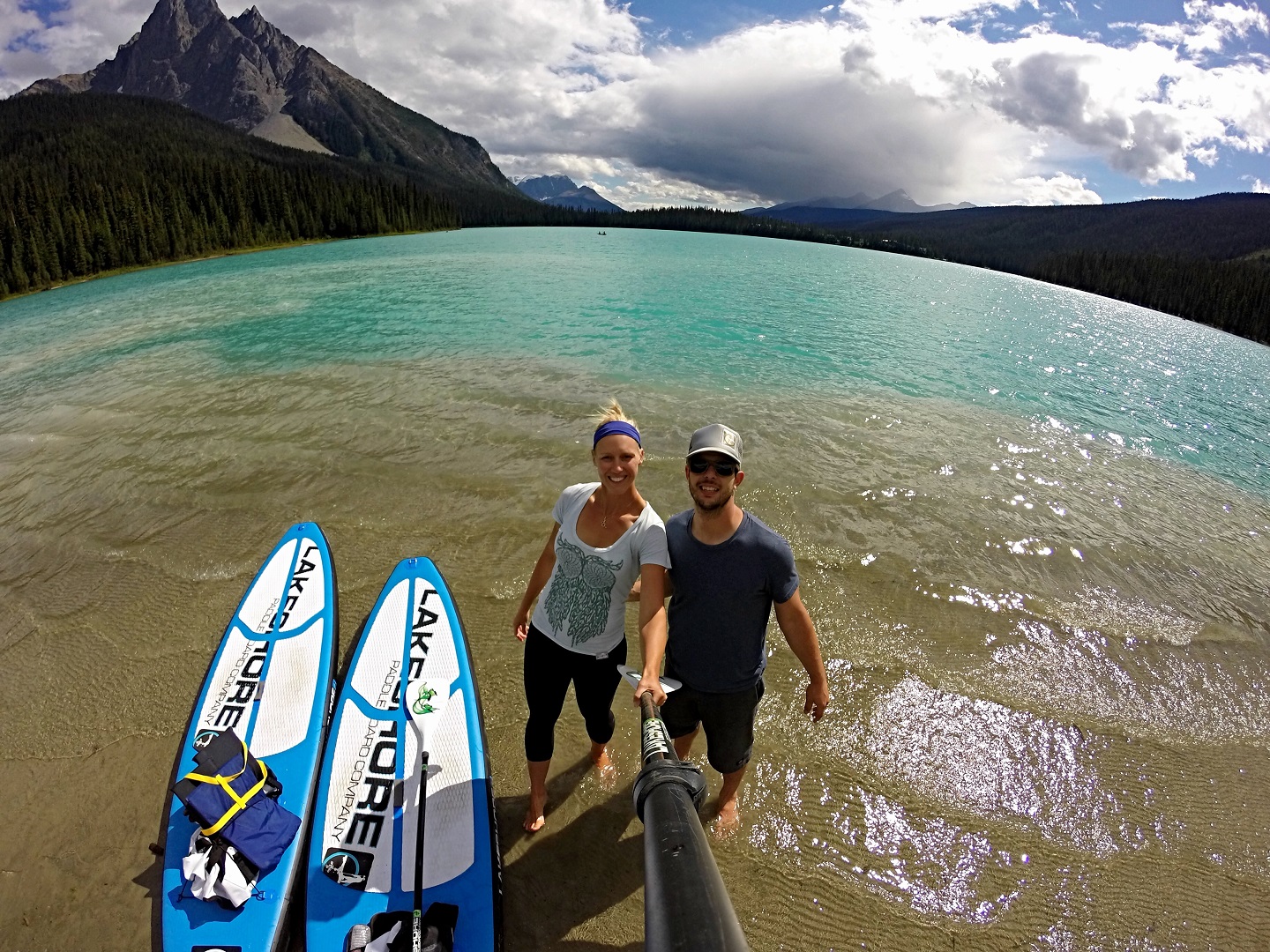 After waiting about an hour for our room to be ready, we quickly pumped up our boards and launched into the lake.  The water was perfectly calm, the sun shining, and although there were numerous people standing on the shore admiring the lake, there were very few people on the lake.  We made our way to the far shore of the lake and suddenly the wind picked up.  Although Emerald Lake isn’t huge by any means, we decided to dock, pack up our boards and hike the trail back to the lodge (Ahhhhh, yes – inflatable paddle boards at their finest!).  The hike back around the lake was between 1 – 2 miles and was muddy as hell but equally gorgeous.  We stopped several times to step in mud puddles (accidental) and take pictures of the lake. 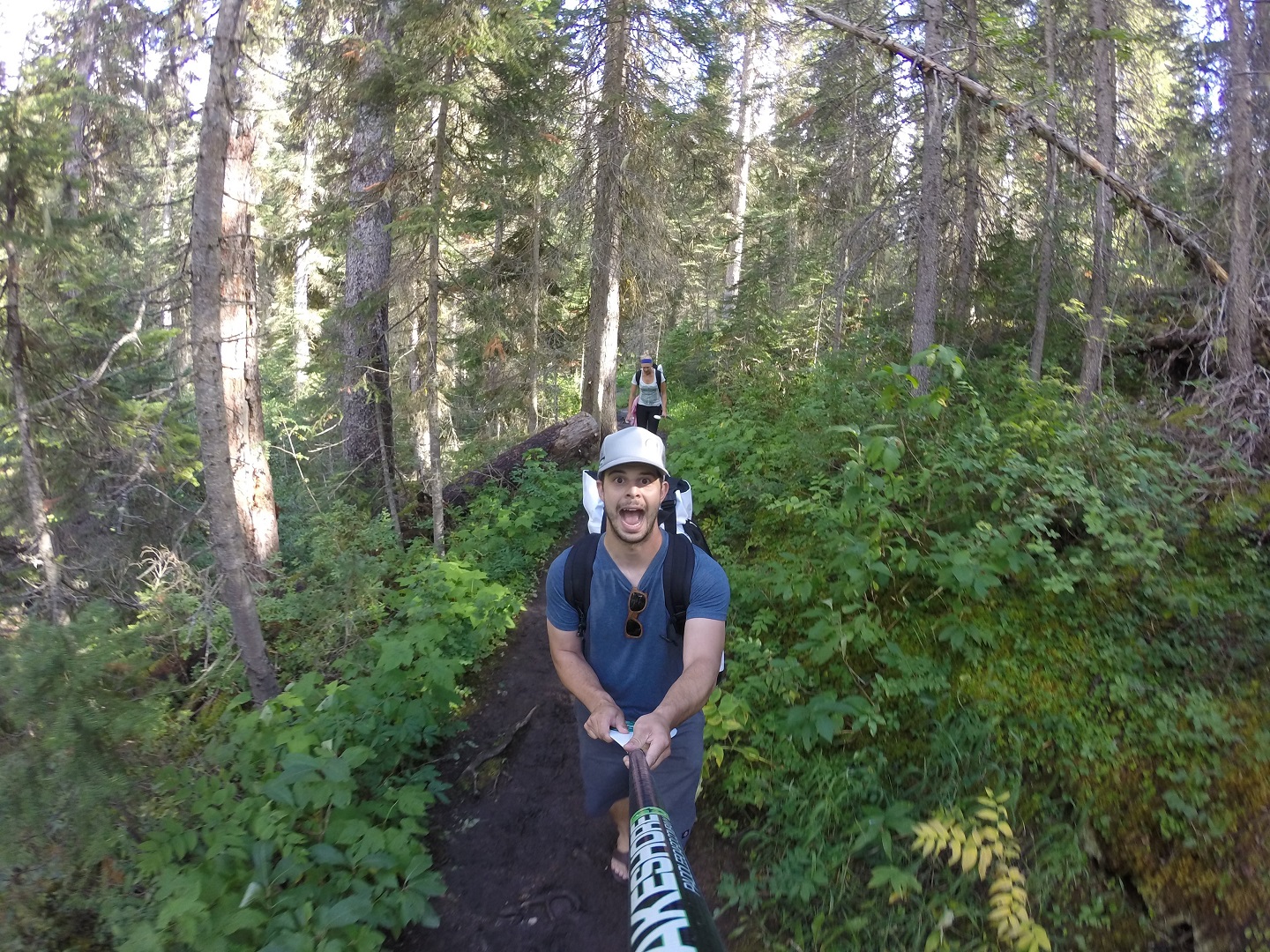 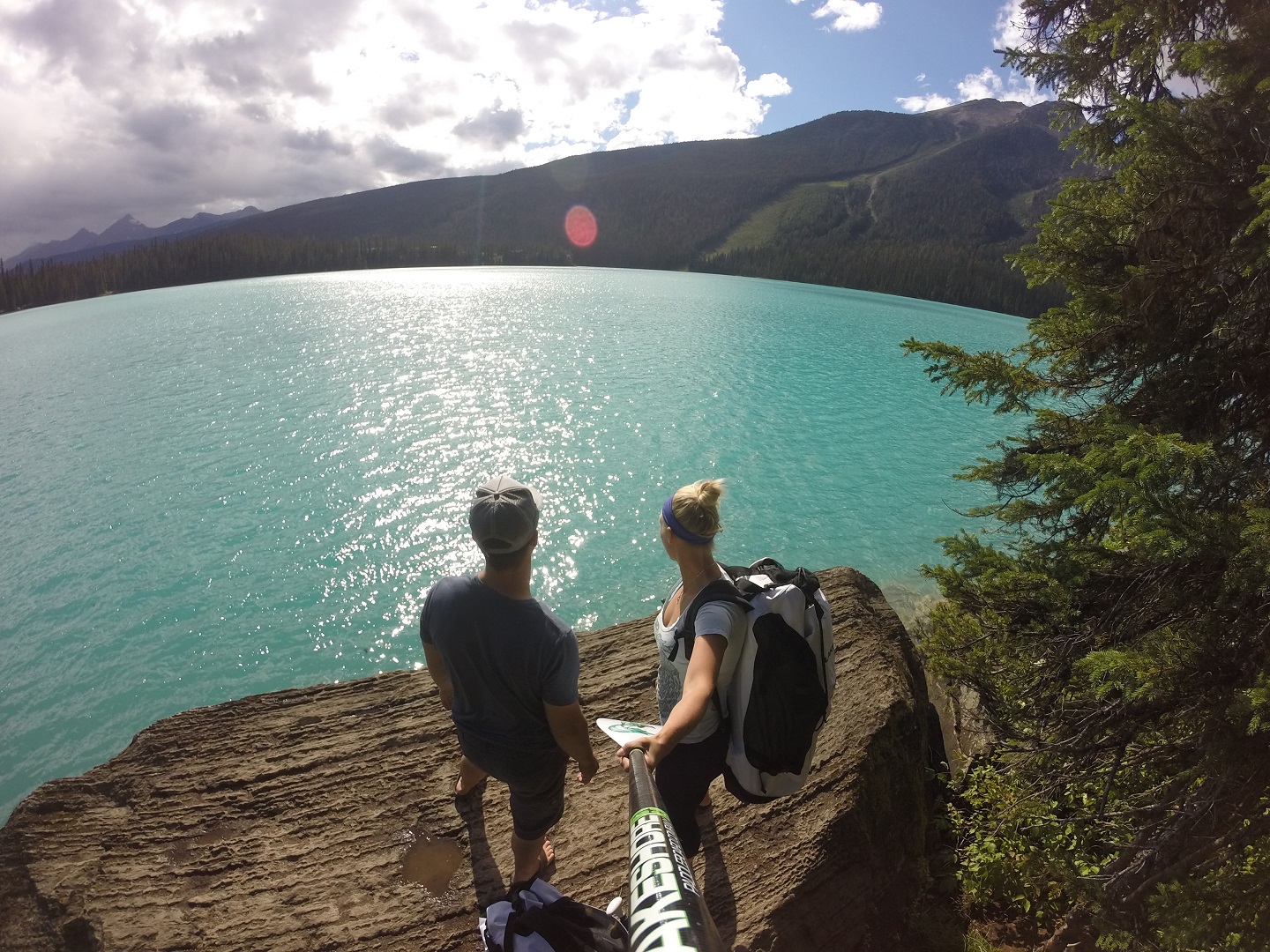 Our paddle on Emerald Lake was amazing – we captured some amazing shots of the glacier that feeds directly into the lake, and I attempted to capture what appeared to be a drop point (underwater cliff) where the color of the water changes drastically.  Both Jake and I compared this drop to the one in Lake Tahoe that I was able to capture about a month ago (although not nearly as pronounced).   After we returned back to the lodge we had a bison burger, several local brews, and are now off to rest up for the next paddle adventure tomorrow brings. 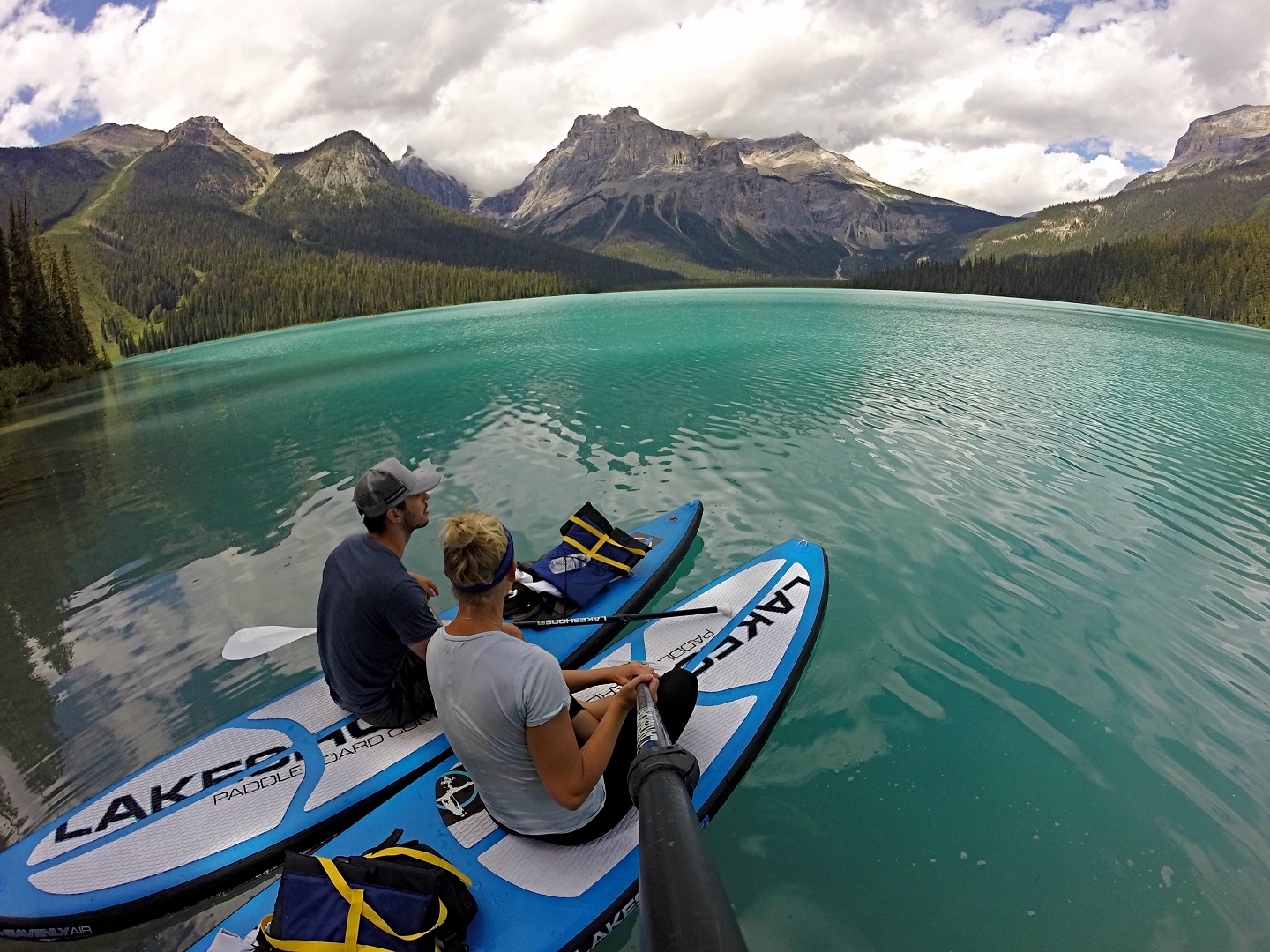