“The Ruff Life” of Breeze Turner and Captain Moo continues with the 8th leg of their 72 mile adventure circumnavigating Lake Tahoe:

You ever have one of those days when you wake up on the wrong side of the bed and even the smallest speed bump can feel like it’s going to derail you? Like when you spill a container of coffee grounds all over your kitchen and your dog decides to sit directly in the middle of the mess before you have had a chance to clean it up. Or when you forget your car keys and have to haul your caffeine-deprived and Pilates-sore body back up to your third floor bedroom only to return downstairs to your car to realize that you actually picked up the remote to your ceiling fan instead of your keys… In the grand scheme of things, those little setbacks hold absolutely no weight, but they are so annoying in the moment that it’s hard not to get caught up. That was how my day began the day I paddled the 8th leg of my Lake Tahoe circumnavigation. 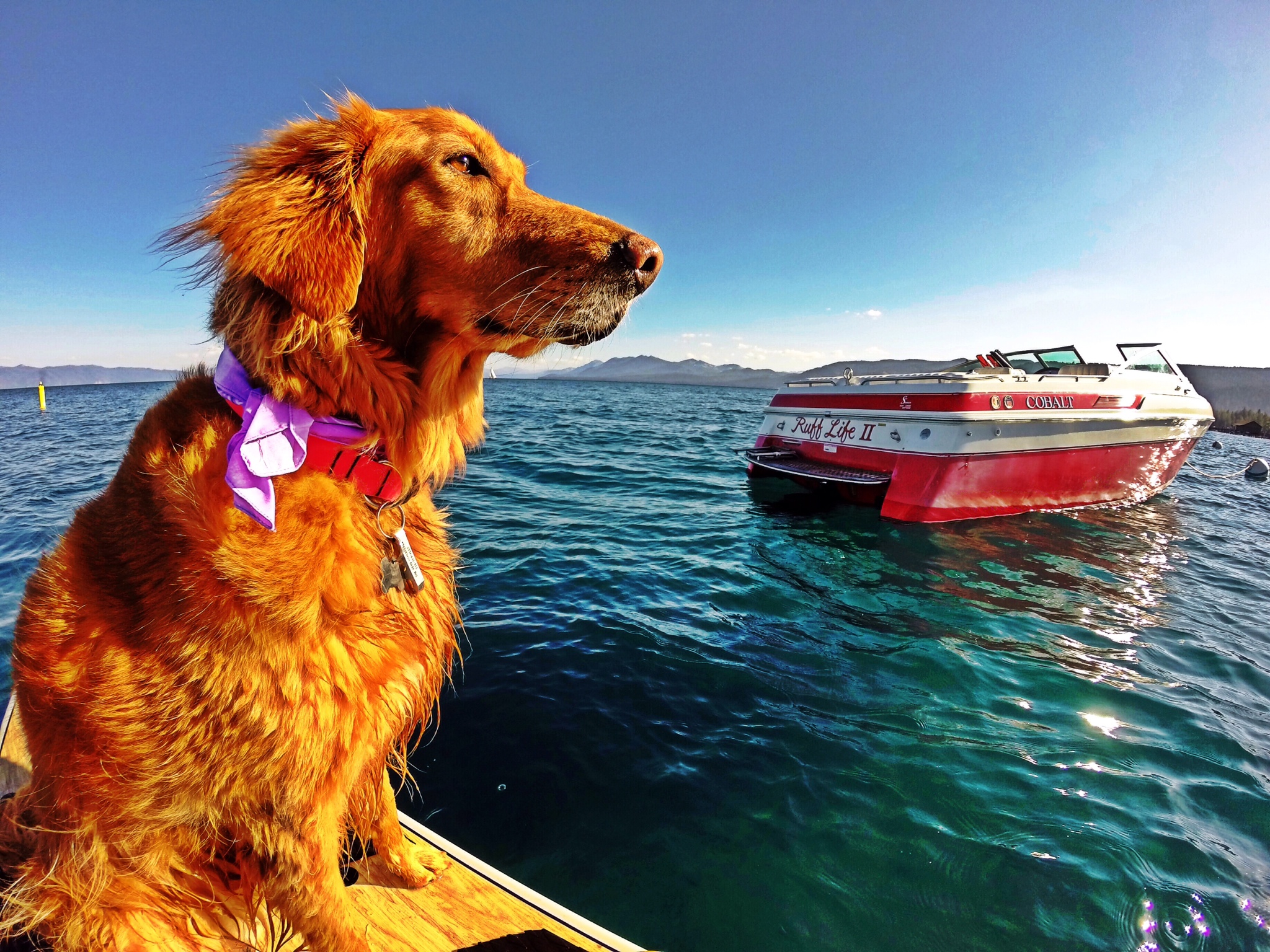 After a slow start to my morning cleaning up my kitchen and inadvertently doing a stair climbing working out, I began my drive up to the lake. Having just paddled Leg 6 from Kiva to DL Bliss with Lakeshore Sean, my intention was to paddle from DL Bliss to Meeks Bay and back since I would be on my own and without a ride. I knew that if anything, DL Bliss would get me out of my funk, so with my paddle dog in tow, I headed to Lake Tahoe’s West Shore.

By the time I got to DL Bliss it was almost 1 o’clock. I was frustrated that my day had gotten away from me, but I was determined to get back on track. Reggae was playing on the radio, the windows were down, and I had picked up some coffee on the way– things were looking up. That was until I turned into the DL Bliss visitor’s center, after driving an hour and a half, to be greeted and told that the lot was totally full. The nice state park attendant generously offered me a map and let me know that “Kiva beach is a great place to take your dog”. No. Been there done that— We are circumnavigating, damnit! We can’t go back! 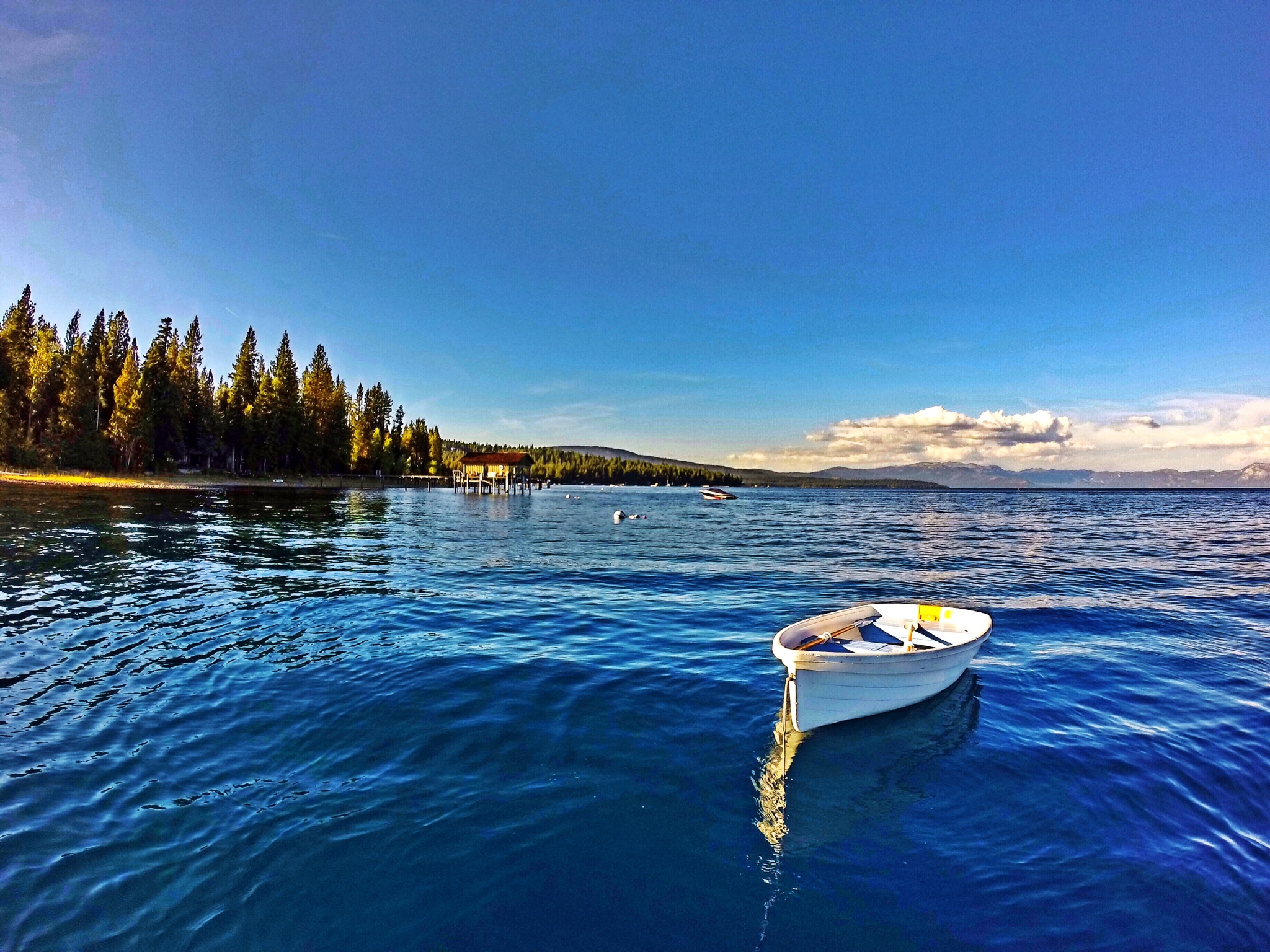 I turned around and drove back North towards Tahoe City. I stopped at the first place I saw in Homewood that appeared to have easy beach access and parked alongside the road. At this point I just needed to get out of my car and paddle, so I tried my best to forget about the fact that I had just skipped 9 miles of my circumnavigation (which was made up later with leg 7) and got us onto the water.

This stretch of the West Shore was busier than I was used to. It was a relatively sunny Sunday, and everyone was taking advantage of the nice weather. As I paddled past the hustle and bustle of Sunnyside, I almost got run over twice by a family of completely oblivious life jacket-wearing tourists in a rental ski boat. When you’re close enough to me that you can actually hear me say “move over” over the roar of your motor you may need to work on your boating courtesy. This encounter, coupled with Marley abandoning me to roam the beach in front of a garden party at a private residence, definitely didn’t help in changing the tone of my day. 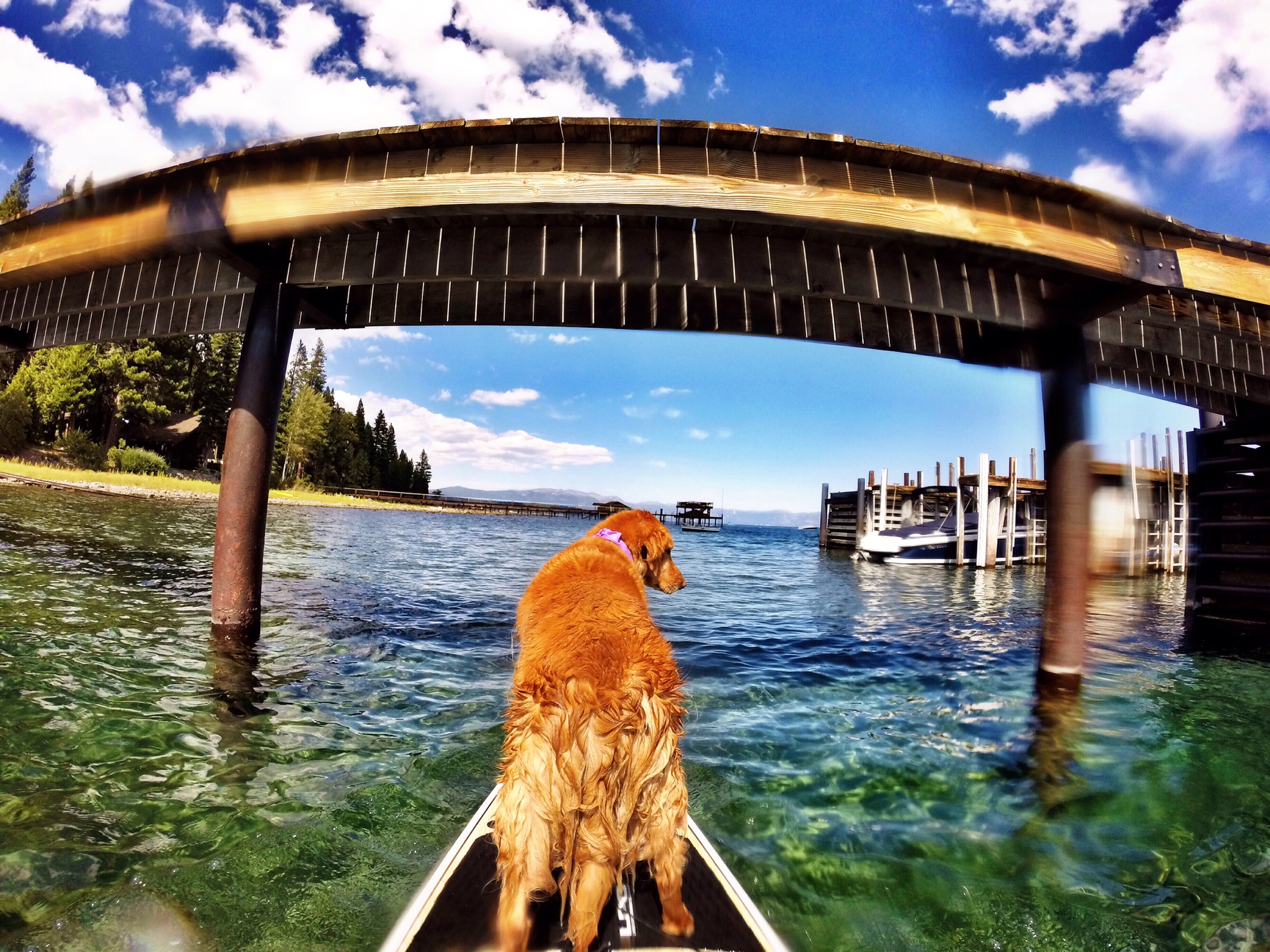 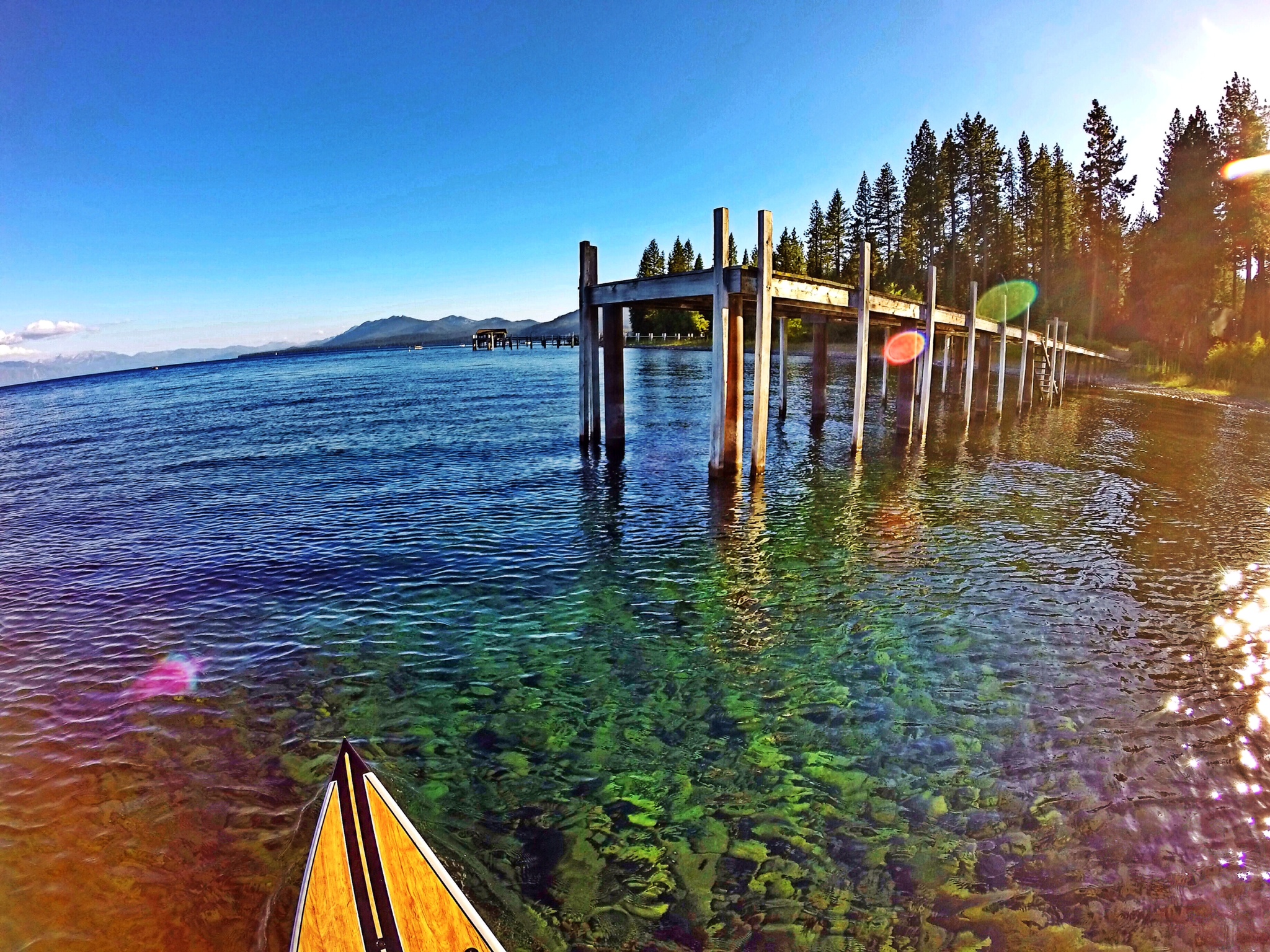 I regained control of Marley and my attitude and continued paddling North. Private docks protruded out into the lake every 100 feet or so, and boats of all different shapes and sizes bounced up and down in the chop of the busy boat traffic. As usual, the water didn’t disappoint, and created an incredible contrast against the weathered wooden docks and boathouses.

As we paddled, we caught up to a Mastercraft full of people and a little boy in the water trying to wakeboard for the first time. I had flashbacks to being at Waterski School when I was his age and forced myself to remain quiet and not shout “Knees, Trees, Freeze!” like my instructors did to me. He eventually made it up for long enough to be dragged away from us (probably his main motivation) and we continued on our way. 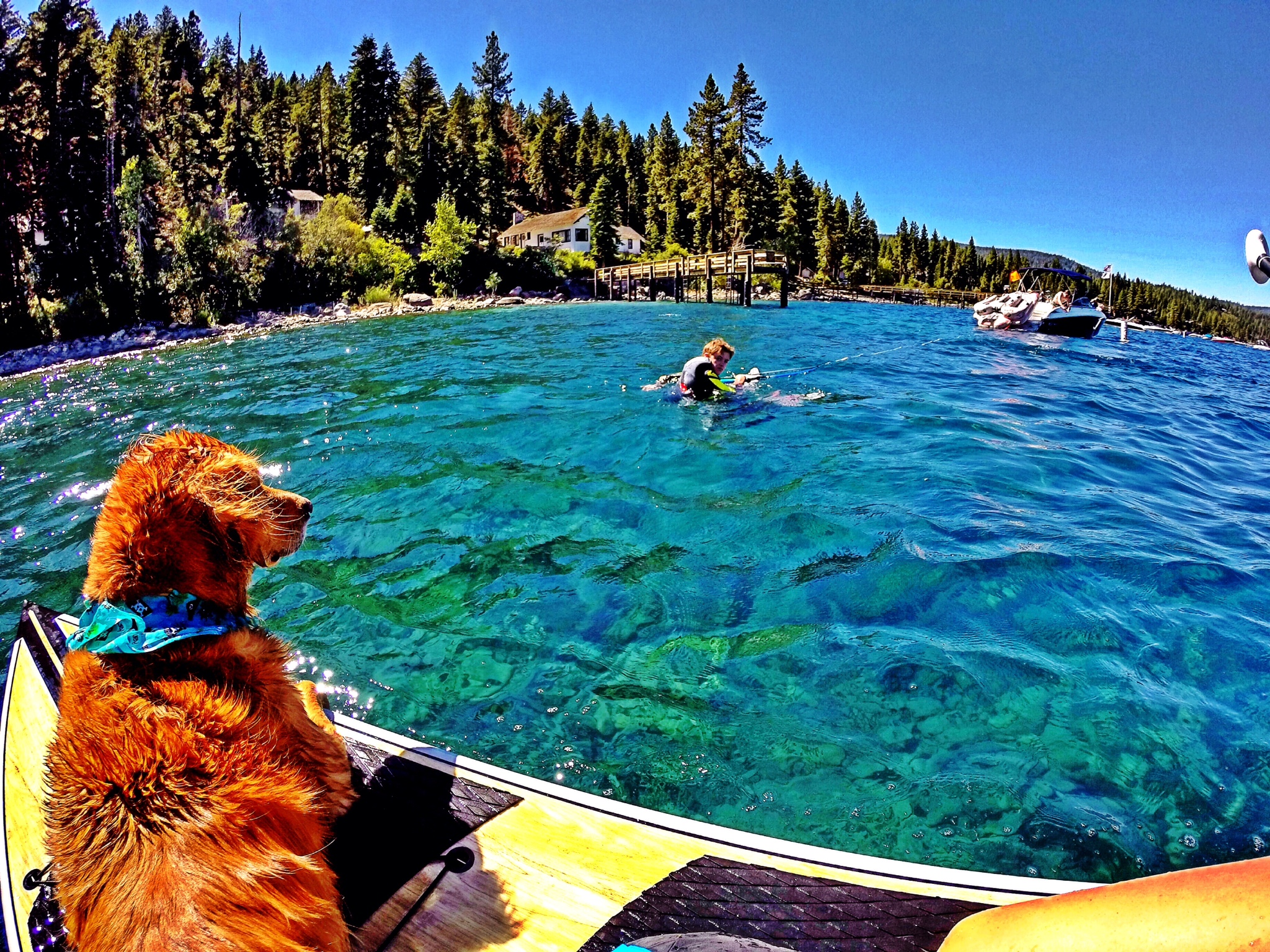 As we approached Tahoe City, I could hear music echoing from Commons Beach. I got as close to the beach as my fin would let me in the shallow rocky water and we floated amongst a few kayakers. I don’t know if it was the music, the calmness of the late afternoon rolling in, or the sandwich I quickly inhaled, but I could almost feel the weight of my bad mood lifting away. 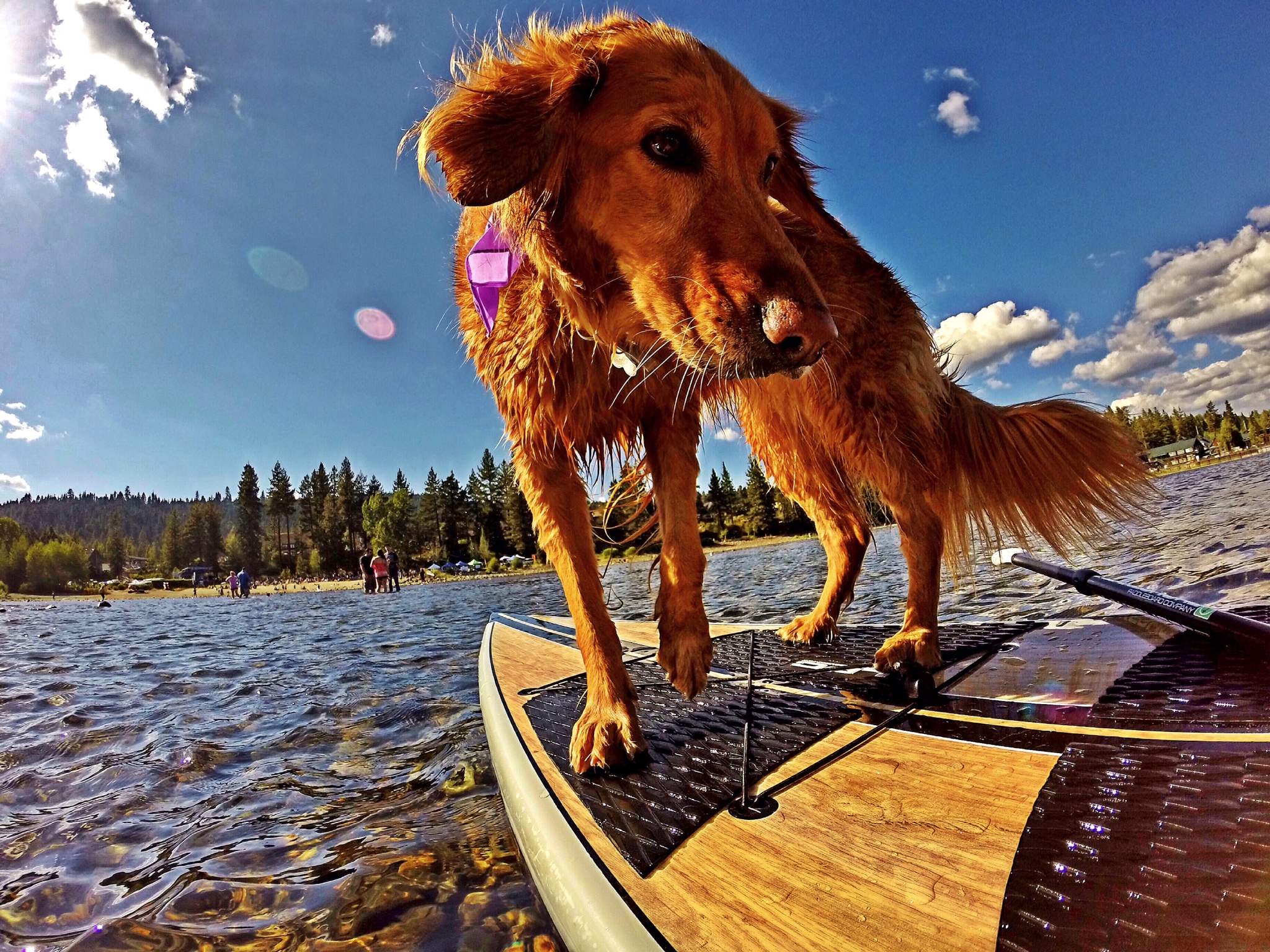 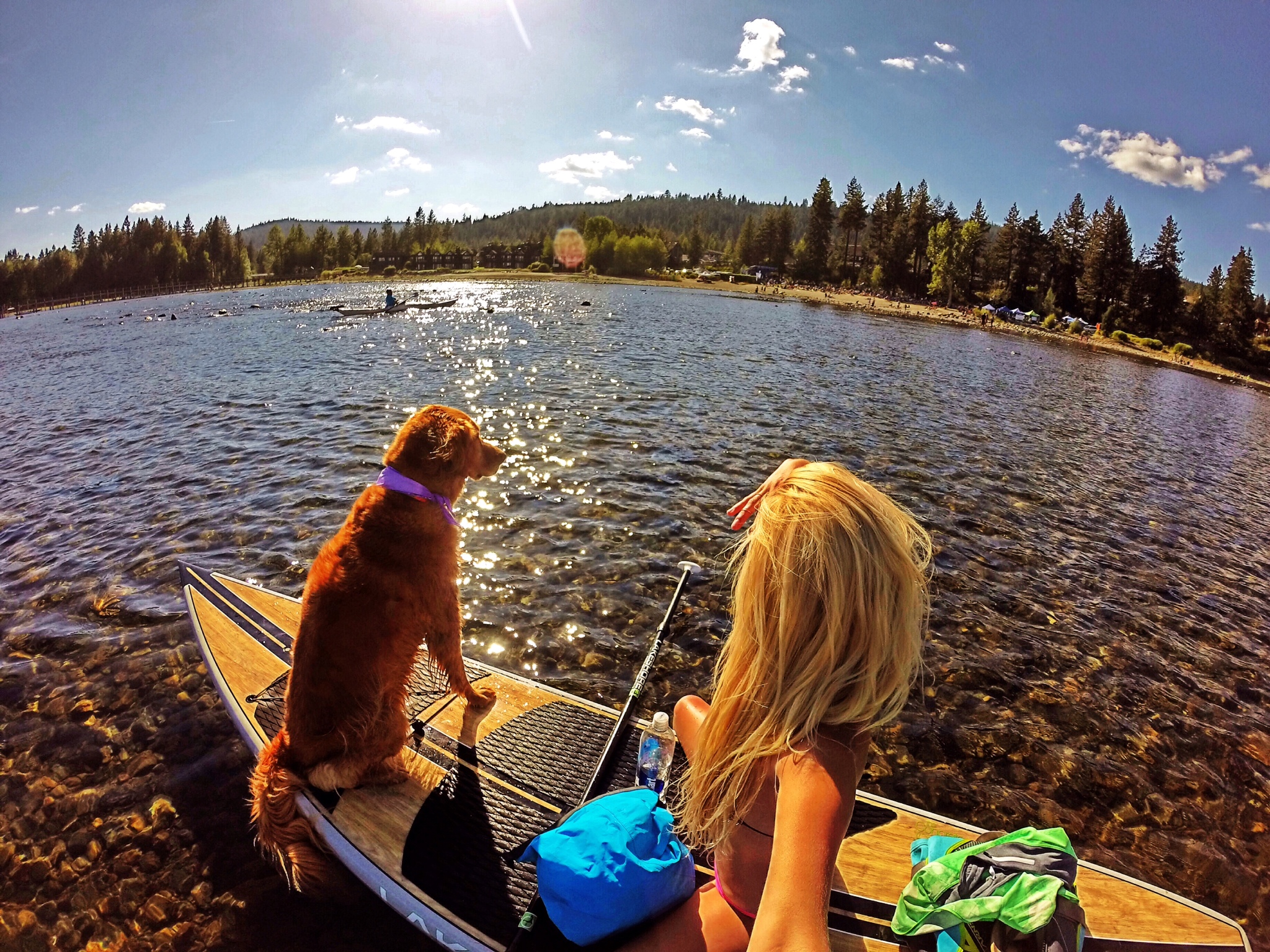 As the sun got lower and lower in the West, I decided to head back to Homewood. Marley was relatively mellow during the 4 miles back and which made paddling into a head wind quite a bit less stressful. The return trip was relatively uneventful until we started to hear a bunch of commotion as we passed a house in Homewood. A woman was on her deck having a full blown territory war with a goose. The goose wouldn’t budge and seemed to even charge forward as the determined homeowner tried her best to scoot him off her property. What a comical sight to see! I giggled as I paddled past them and around the last point to my car. And that was that, I was officially in a good mood again.

It’s almost like the Universe had a backup plan to change my mood that day, because as I got back to my car I saw one more reason to be happy. On my dirty rear window someone had written, “You are awesome. Thanks”. What a good day that Sunday turned out to be. Such a perfect reminder of how many things there are to be thankful for and happy about.

So to the guy that made my sandwich at Raleys, the lady and her goose, the dirty car message writer and the Universe: You are awesome. Thanks. 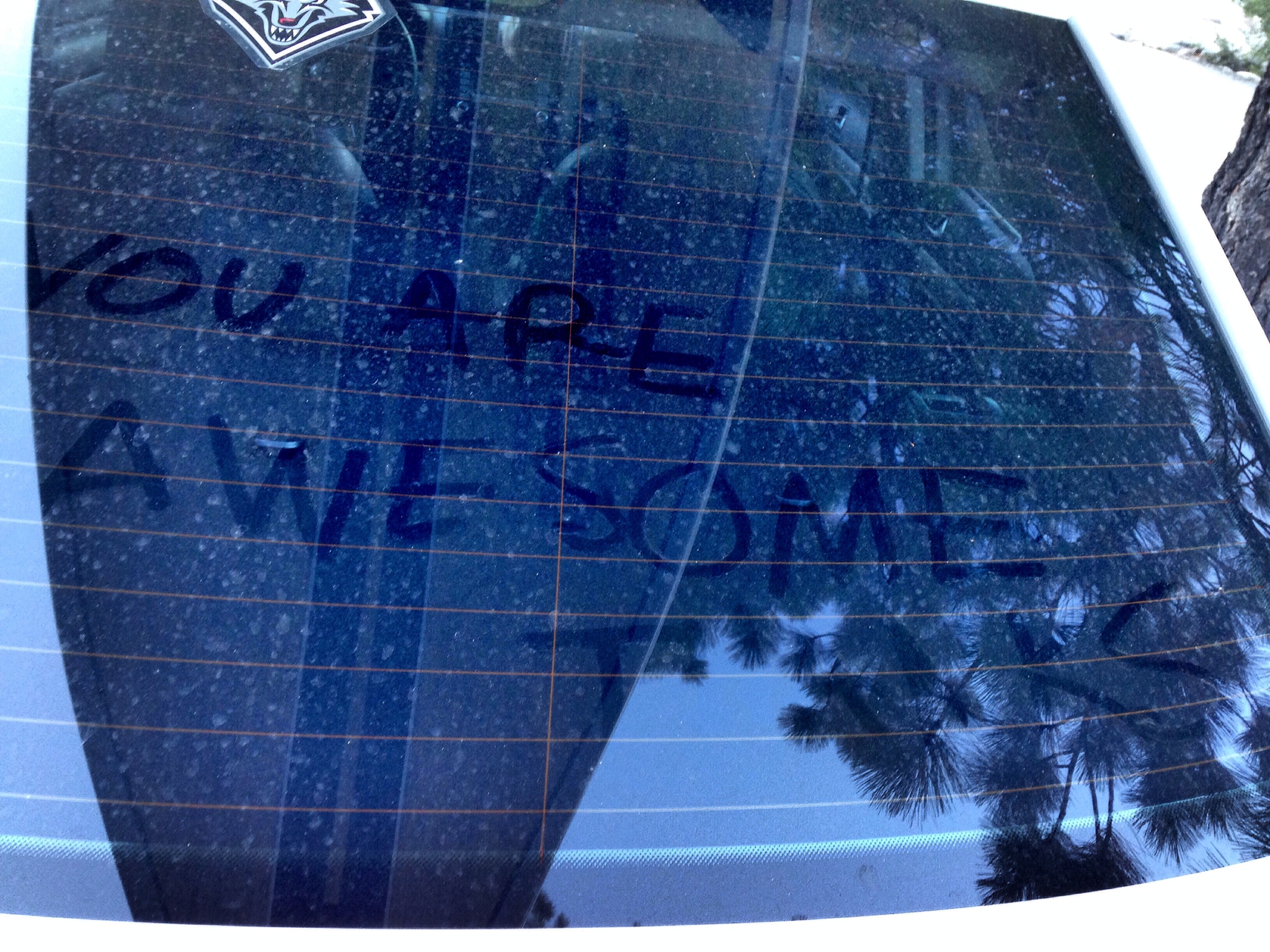