What’s a Seagulleagle? Find out here as Breeze describes the 6th leg of her Lake Tahoe journey: 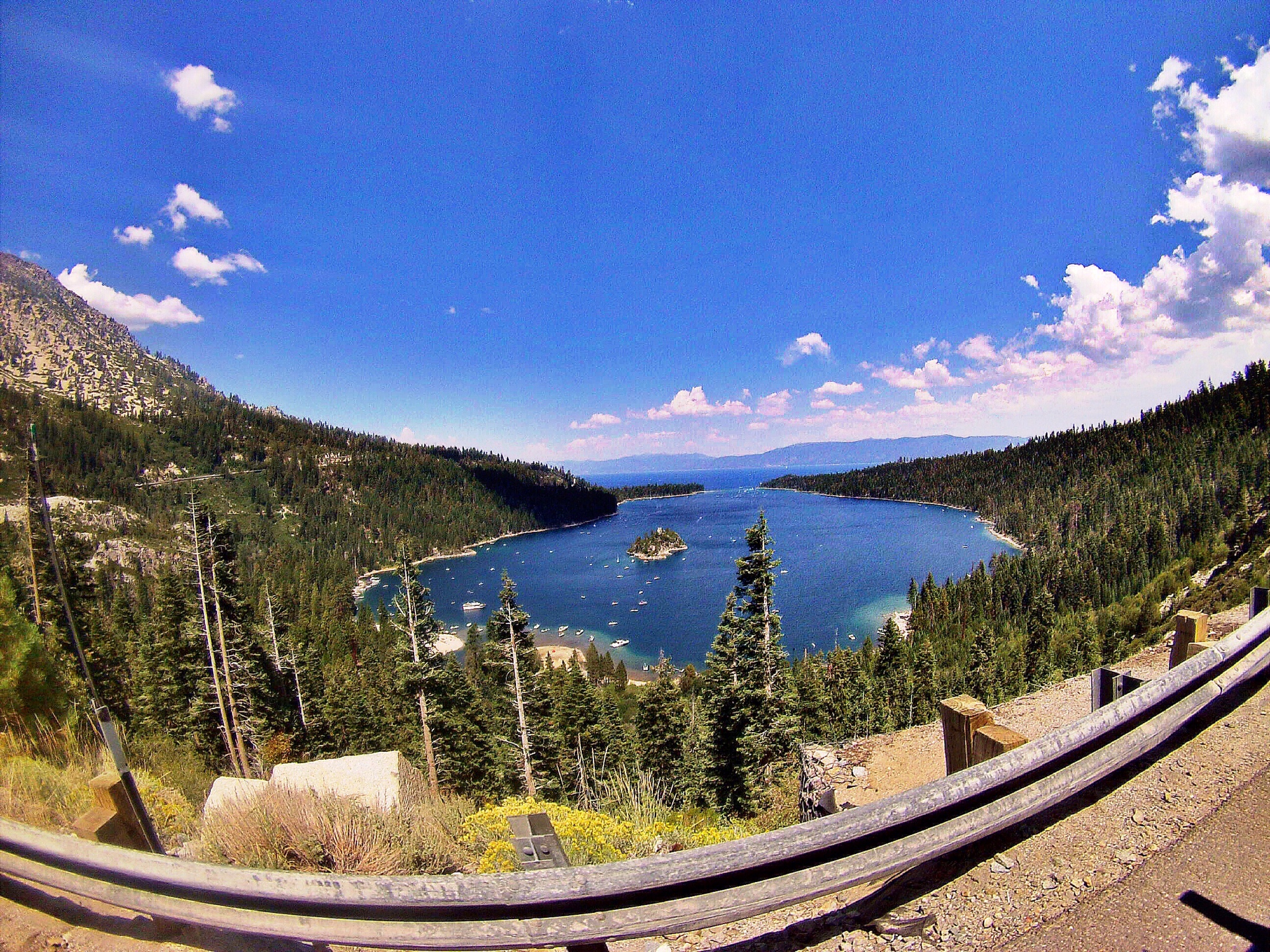 I was beyond excited for the sixth leg of our adventure from Baldwin Beach to DL Bliss. Weeks ago, on a Saturday, I had the brilliant idea of attempting this 9.5 mile trip, only to be slapped in the face by the reality that trying to drive, park, enter the water, and somehow be picked up at Emerald Bay on a busy weekend would be the most complicated and infuriating task of the Summer.  Why my friends let me convince them that trying to go to Emerald Bay on this particular day is beyond me, but they did, and let’s go ahead and consider this blog entry my official apology.  My bad, guys, sorry.

We threw the paddle boards, dog, and a large inflatable shark (for good measure) into the back of First Mate Phill’s truck, stopped in South Lake for drinks and sandwiches, and headed to Baldwin Beach for my drop off.  After a failed attempt at entering the beach parking area due to it being at capacity (not to mention the Golden Retriever we failed to hide), we decided to see where else we could get to the water farther West.  We struck out time after time, “accidentally” taking roads marked with ‘private, you’re not fancy enough to be here’ signs and getting fingers shaken at us along the way.  I guess with the giant shark, the Nevada plates, and the car full of brightly dressed and snap-back wearing 20-something’s we didn’t really blend in.  Weird. 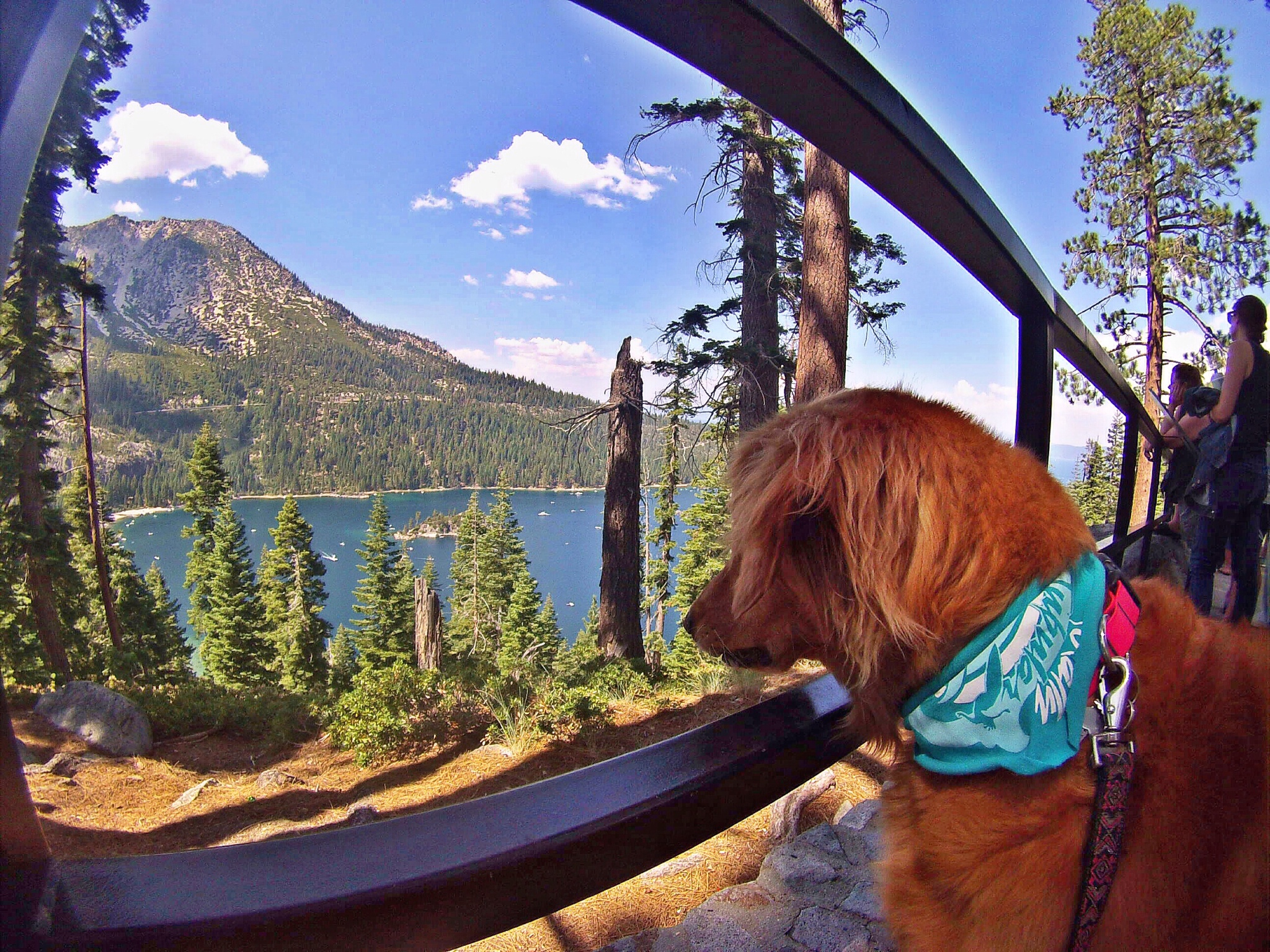 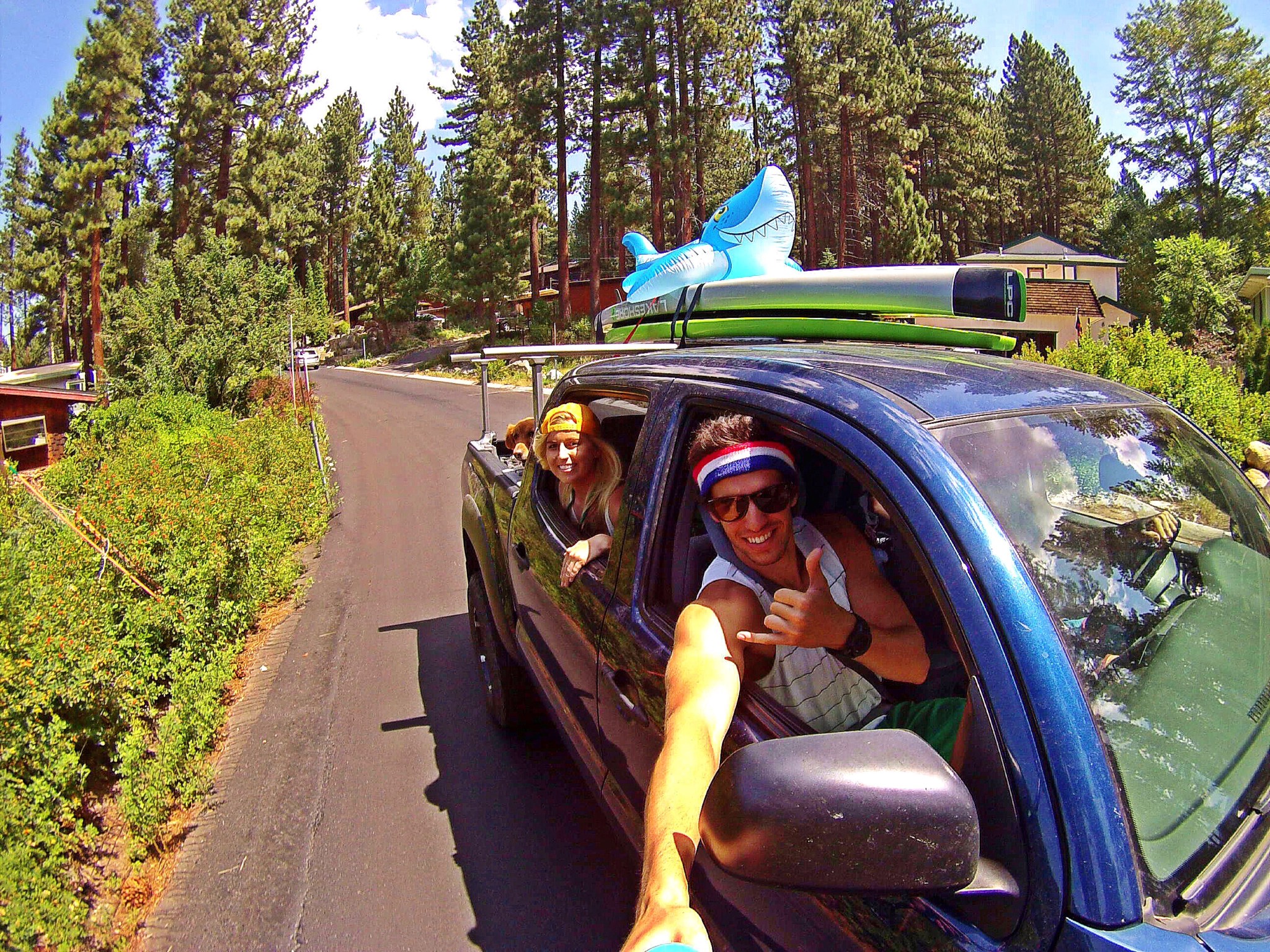 We decided we would just go to Emerald Bay and find parking there.  Ha!  What a joke.  No amount of eyelash batting and hair twirling on my part could have convinced the park attendant to allow Marley into the park, and none of us were determined or intoxicated enough to think hauling those boards down that trail was worth the effort.  With an overall feeling of defeat and frustration, we turned the truck around, pulled over at the vista overlook, ate our sandwiches, and threw in the towel.

It wasn’t long after that day that I decided to try again, this time with a much better plan and a seasoned pro to accompany me.  Lakeshore’s very own Sean Adlao, or “Lakeshore Sean,” as he is in my phone, talked me into letting him join us for Leg 6.  At first I wasn’t sure I wanted him to see what a disaster I truly am— how I sometimes bang my board into things, how sometimes I get ticked off and yell at Marley with the scary mom voice, or how sometimes I mutter unladylike things under my breath when I am frustrated.  But then I realized that maybe I should let him in on the crazy, and perhaps it was best for him to see that my stories are far from fabricated, and our one woman, one dog circus is just as colorful as I have described.

We met at DL Bliss (OMG that place is gorgeous!), left a car there, and headed to Baldwin Beach (as if I hadn’t endured enough rejection from that place already).  This time, Sean tried my eyelash batting trick with the peach of a park attendant but failed when she refused to let us in with Captain Moo.  We were directed to park at dog-friendly Kiva beach, just East of Baldwin, and we did just that.  Surprisingly, launching there wasn’t a huge feat, and we headed West down the lakeshore without too much trouble. 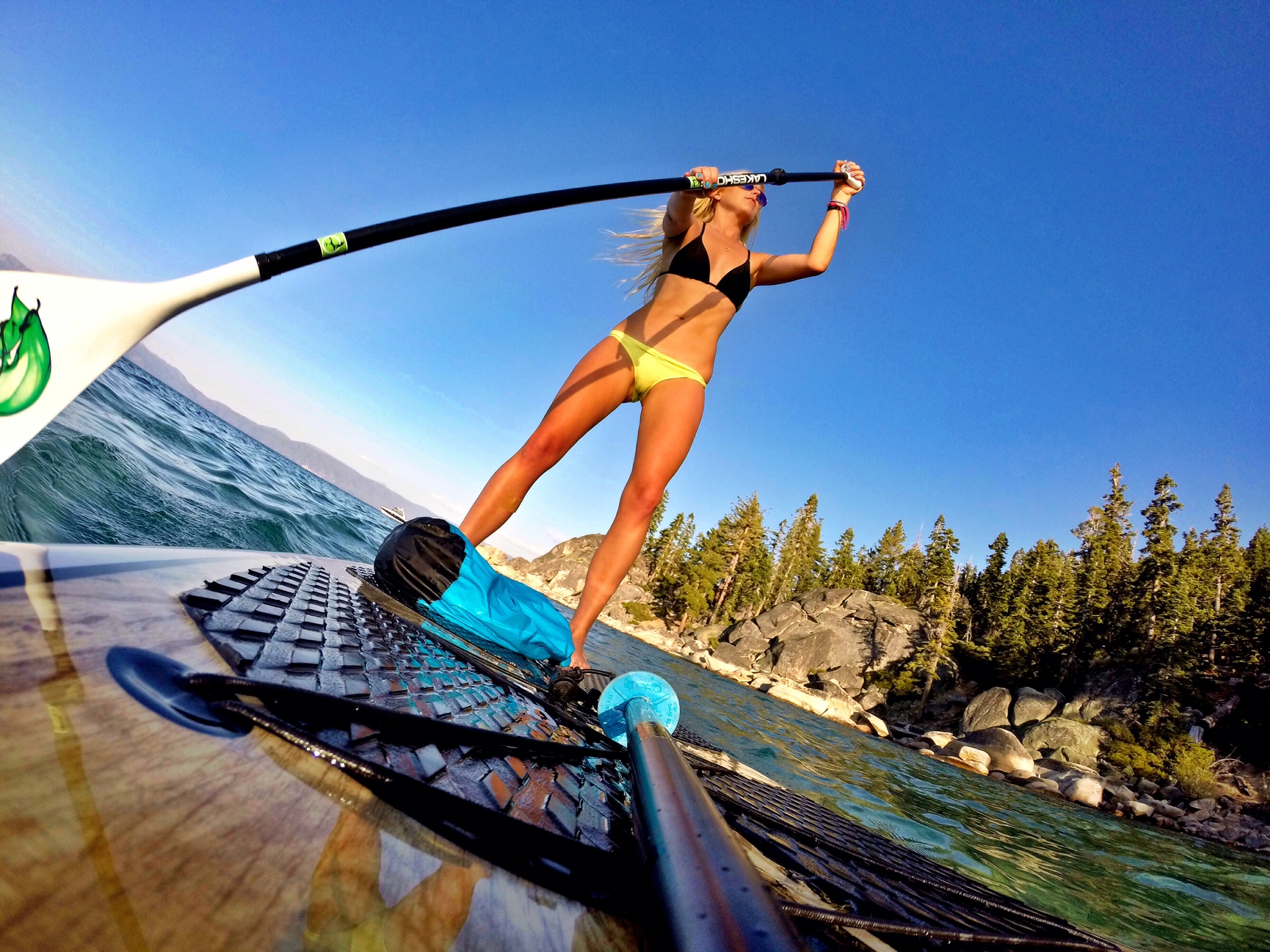 Although it was a gorgeous day, we had a powerful headwind when we came around the corner to the mouth of Emerald Bay.  As we approached the point, we saw boat after boat leaving the bay.  This should have been an indication of the strife we had ahead of us, but we paddled on.  This was the first time that I was actually happy to have Marley jump off the board.  Fighting against what felt like hurricane-force winds, I was moving backwards no matter how hard I paddled.  When Marley jumped off, I was finally able to catch up to Sean on his Limited Edition River Rover (that must have a small propeller built into it).  When we finally made it into the bay, we stopped at a small beach on the South side to eat lunch.  After regaining some of the strength and morale we had lost during the first stretch of the bay, we set out into the wind again, heading West.

Our next stop was a huge fallen tree that stretched out into the water.  The 6 year old in me couldn’t wait to climb and play on it, and decided I wanted my photogenic pup to do the same for a photo.  Poor Sean ended up having to pull Marley up onto a branch when she couldn’t figure out how to get up on her own. The photos I had in my head of Marley standing regally on the end of the tree in front of the picturesque scenery didn’t quite work out, but the photos I did catch of the process of getting her up there definitely made up for it. 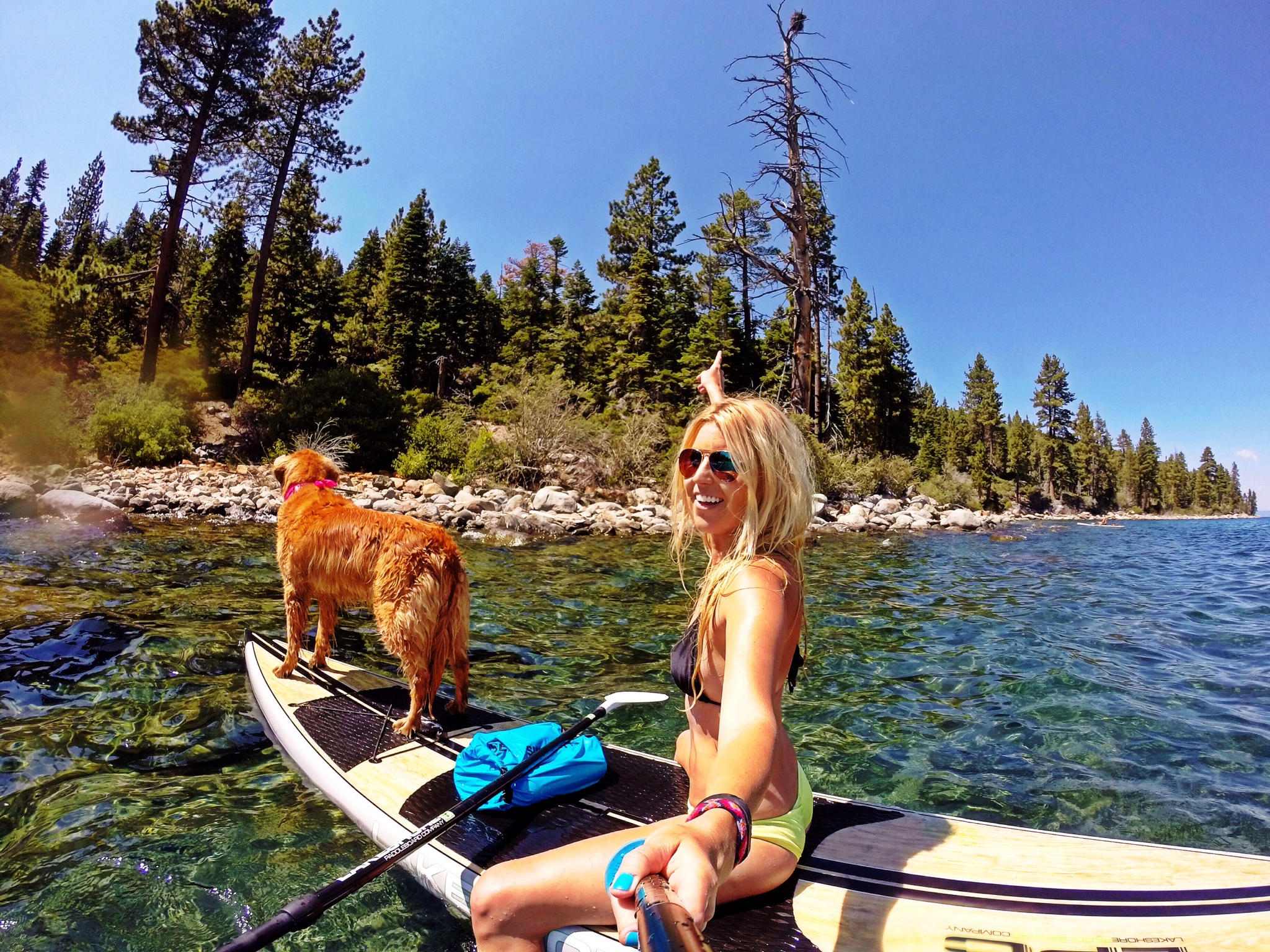 Lakeshore Sean turned out to be quite the bird enthusiast.  According to him, every bird we saw was a Bald Eagle.  Yes, we did see an Eagle or two on a giant nest as we first started our paddle, but after that, literally every time we saw a large moth, mosquito, or seagull there’d be a debate as to whether it was another one or not.  Sean coined the term “Seagulleagles” to describe the debatable birds.  I think there was another name with ‘hawk’ mixed in there, but I can’t remember exactly.

Despite being windy, this leg of our adventure covered some of the most clear and gorgeous water I have ever seen.  We paddled over the old boat wreck on the South side of the bay and were able to see every rib and cross section of its deck.  Then we paddled North across the bay to Fanette Island, and saw Vikingsholm Castle, one of Lake Tahoe’s neatest treasures.  We didn’t venture onto the island, but paddled along its North side to scope it out from the water.  There’s kind of a magical feeling you get from Emerald Bay, with the boat wreck, the castle, the island, and the insanely gorgeous water surrounded by California state park.  It’s no wonder the parking is a nightmare…Now I get it.

Heading back East on the North side of Emerald was a piece of cake.  Because of our tailwind, we barely had to paddle and ended up back at the mouth of the bay in what seemed like minutes.  Holding my paddle in the air worked as a sail, propelling us forward even faster.

We hung a left out of Emerald Bay and headed North along the tree-lined shore, passing over more crystal clear, shallow blue water.  At this point, the sun had just lowered below the trees, creating spectacular late afternoon light for the remainder of our paddle.  We rounded the final point into DL Bliss as the sun was setting, the calm of the evening a welcomed contrast to the wind we faced earlier.  A few people were still scattered over the rocks and on the beach, and one last boat floated nearby with three very naked people dancing to music that bellowed into the quiet bay.

Marley took advantage of an empty beach (with no park attendants in sight), digging and rolling in the sand as we packed up.  The toughest part about being at a place like DL Bliss is leaving, but as we left and headed to Kiva to get my car, I reminded myself that it wouldn’t be long before my next trip would start there. 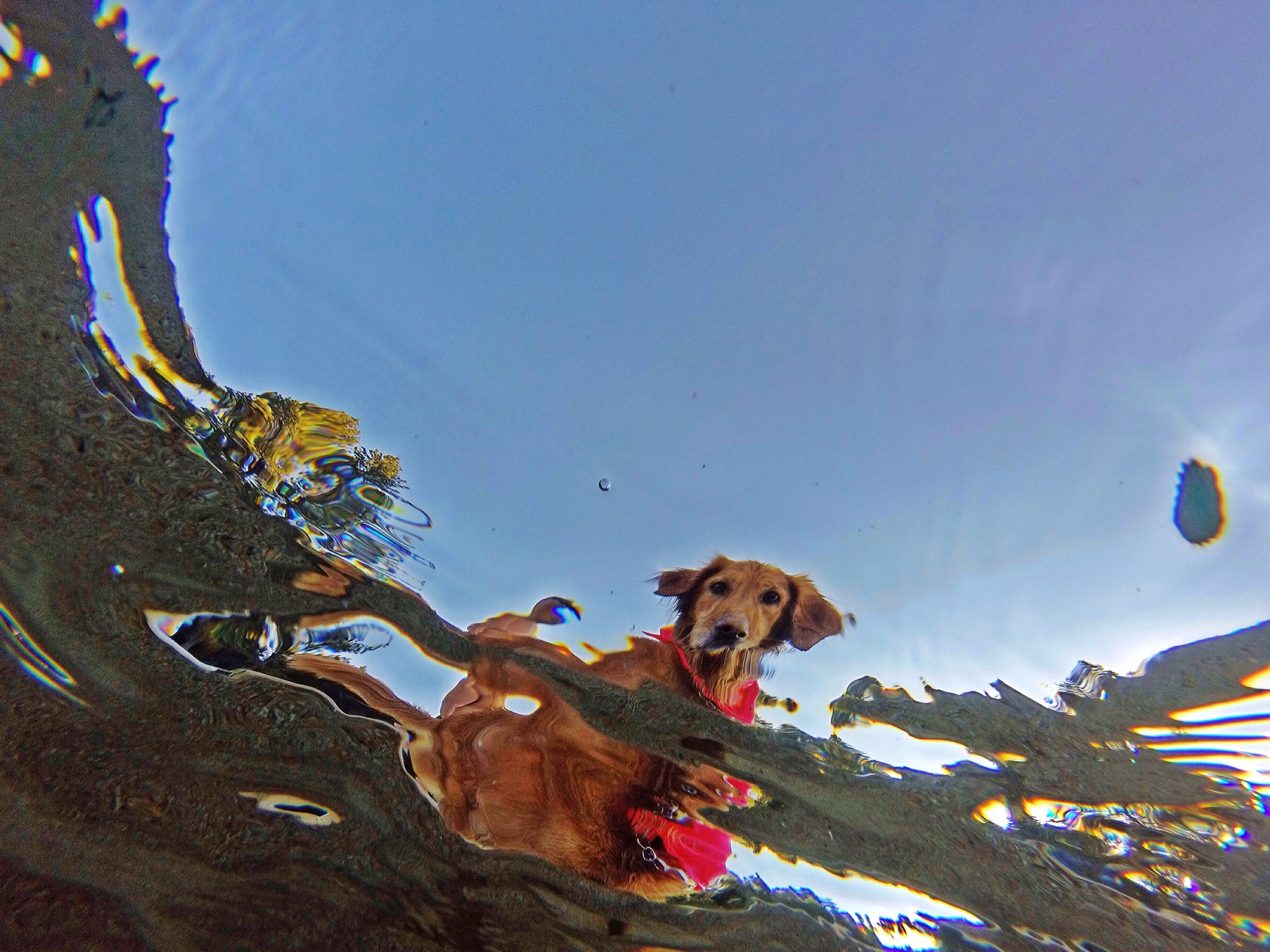 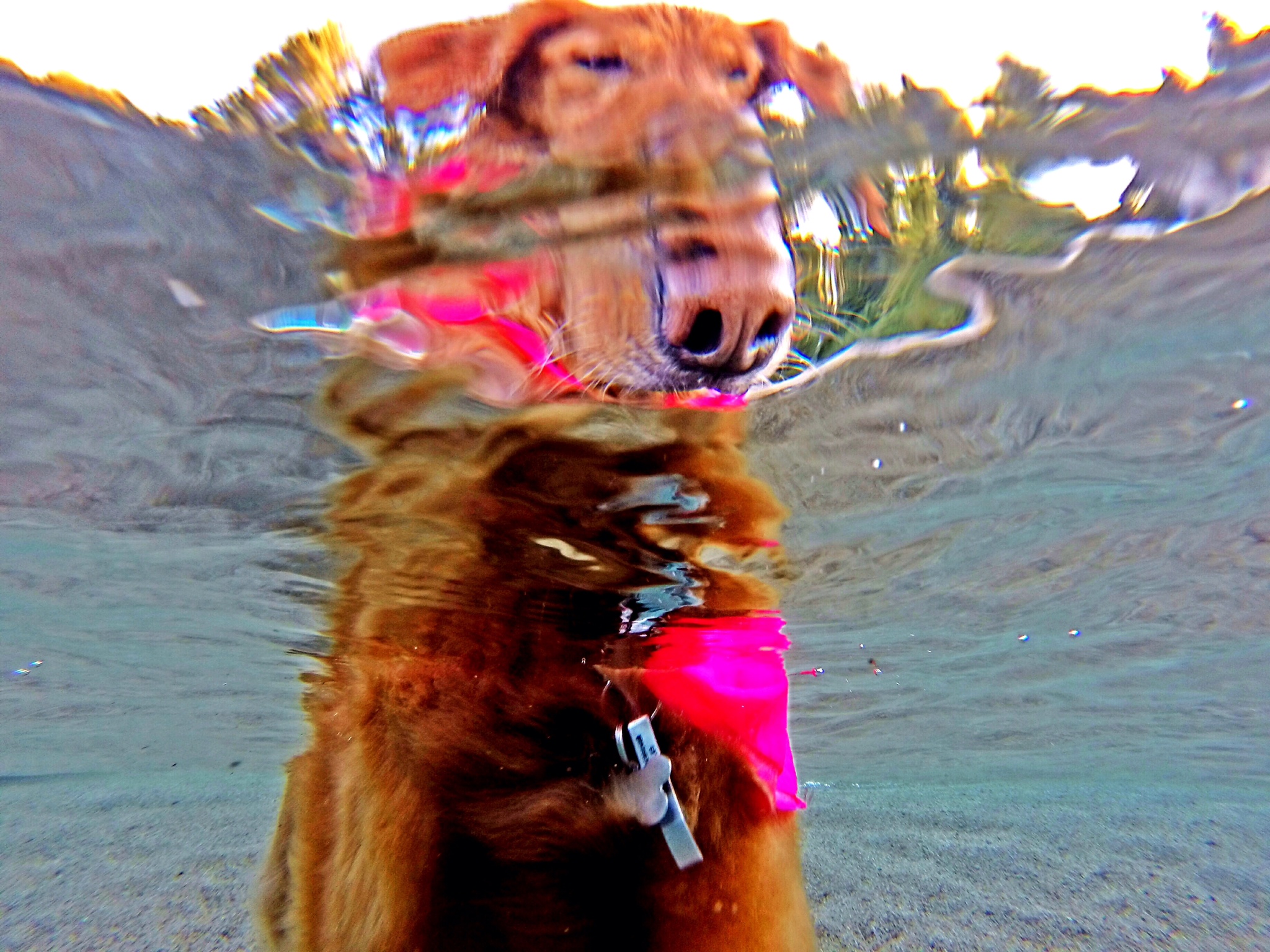 What a day that was, filled with so many more details than can be written.  But that’s ok, because you should go there and experience the magic of that stretch of Lake Tahoe for yourself.  Go see the castle and the boat wreck, the big fallen tree, and the crystal clear water.  Go dance with the naked boaters and bring binoculars to see the Seagullhawkeagles….

But do yourself a favor…don’t go on a Saturday. 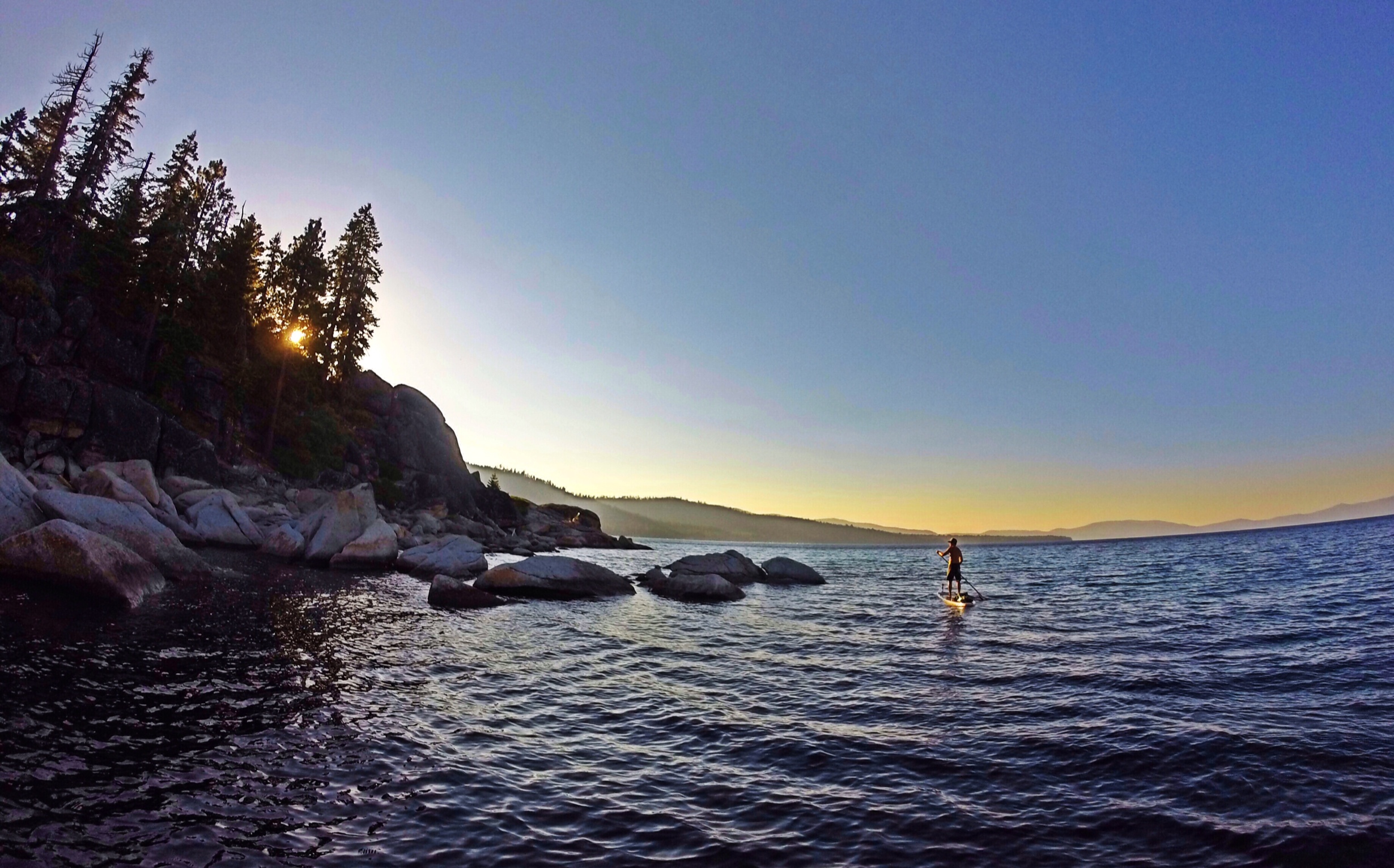